The efforts to save, preserve, promote, transmit, and teach Arabic in the Gulf countries continues into 2016. In January the WORAL (World Organisation for Renaissance of Arabic Language) met in Qatar to discuss how Arabic speaking countries and scholars can work harder to ensure that younger generations of Arabic speakers get the best opportunity to properly learn their language.

In her keynote speech Sheikha Moza, the chairperson of the Qatar Foundation outlined a number of ways in which she believes that the Arabic language can be better transmitted to the next generation and hence firmly preserved:

The WORAL also held workshops and talks covering the following topics: Realities of the Arab Child’s Linguistic Upbringing’; ‘The Effects of Children’s Exposure to Current Arabic Media Content’; and ‘Alternatives to Develop the Arab Child’s Linguistic Future’.  Through four interactive workshops — ‘The Development of Arabic Language Skills for Children’; ‘Creative Writing for Children’; ‘Children’s Programmes on Radio and Television’; and ‘Modern Techniques to Enhance Children’s Use of the Arabic Language’. The even organisers confirm that 300 leading language experts met to discuss these issues and find a way forward. I am in the process of trying to get hold of the report or any written notes from the conference.

Qatar has also implemented some of what it has been saying for the last few years. That Arabic needs to become a language of academia if it is to be preserved, but importantly if it is to make important contributions to knowledge and learning. They did this in two ways: first by improving the Arabic language program at Qatar University and raising the points (grades) which a student needs in order to study an Arabic language degree. Their argument is that if the bar is raised for Arabic language, that will push high schools and colleges to better prepare their students for the degree. In turn this will create a shift in how Arabic is taught in schools in the pre-university stage. They aim to change the way Arabic language is socially viewed because in many Arabic speaking countries students’ university studies are determined by their final high school/college marks. The very brilliant students can go into the sciences, engineering and medicine, and those who do not do well have no choice but to go into Arabic language or Islamic studies! And very few end up in humanities (that’s a topic for another post). This then creates a social ideology about the Arabic language- mastering it is only for those who can’t do sciences, those who cannot think deeply or process complex ideas.

The second thing Qatar has done to combat this ideology and the way Arabic language is viewed is through the opening of the Doha Institute for Graduate Studies. A state-of-the-art university that primarily teaches in Arabic the following subjects: history, Arabic language and linguistics, media and cultural studies, philosophy and others soon to be added. They emphasise that students need to have a high proficiency of Arabic as well as English. They intend to publish papers, books and journals in Arabic and to make it a research-itensive university on an international level. This way they hope the Arabic language can not only be present in academia but that through the use of Arabic for technical subjects new ‘Arabised’ words can be created. This will put an end to transliterating words from English or French, and instead it will allow for agreed upon Arabic terminology (of course it will still be based on the original English or French). Thus making the Arabic language very relevant in academia and knowledge therefore cementing its future in the lives of native Arabic speakers (I will write more about the institute as I learn about it). It is ambitious but at least they are putting their talk to the test by walking it!

The deterioration in the proficiency of the Arabic language among native speaking children has been a topic of concern among Arabic teachers, educators and policy makers for a while, but the last 5 years has seen an increase in that concern. The steps that Qatar is taking now are based on those concerns, the only question is- will these steps be effective?

Doha Institute for Graduate Studies prepares to open this fall 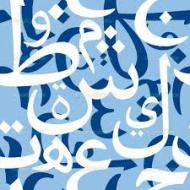 The short answer is nobody. Except of course the speakers of Arabic language themselves. They can do this through various avenues such as: schooling and education, books and publishing (not just translations), the culture at large, and as any scholar of language maintenance or Ecolinguist will tell you- their ideology. What do they think about (and of) their language? How do they measure their language to other languages? and many other questions, and once those can be answered (and importantly implemented) then the status and importantly the future of a language can be determined. Arabic language is not dead but socially something is happening, something that is making some Arabic speakers nervous and many sociolinguists like myself are trying to understand what that is. I am basing this post on an article I read back in May and I have been meaning to write something on it ever since, so here it is.

Dubai: Laws and legislations should be imposed by Arab countries to protect the Arabic language, said Arab scholars and educators during the third International Conference for the Arabic Language.

The two-day conference, which was organised by the International Council for Arabic Language in cooperation with Unesco and the Association of Arab Universities, brought Arab scholars and officials under one platform to discuss the state of the Arab language and ways to improve it.

“Between the eighth and 16th century, the Arabic and Latin languages were the only two in the world used to document science and philosophy. This is proof that the Arabic language is a global language and it is up to this generation to conserve and protect it,” said Shaikh Nahyan Bin Mubarak Al Nahyan, Minister of Culture, Youth and Community Development during his opening speech.

The conference was attended and inaugurated by His Highness Shaikh Mohammad Bin Rashid Al Maktoum, Vice President and Prime Minister of the UAE and Ruler of Dubai.

To preserve the language for future generations, Shaikh Nayhan said we must have curriculums with clear objectives that are based on thorough studies.

“We must also ensure that the Arabic language is lively so that its learners will find it both fun and beneficial. Training qualified teachers and utilising technology also help spread its usage.

The Arabic language faces many dangers according to Dr Abdul Latif Obaid, member of the Tunisian Council of National Constituent Assembly.

“Our Arabic Language is facing dangers from foreign languages that are used in our schools and our media, slang is also a danger as it is overwhelming and slowly replacing the standard language,” said Obaid.

To help protect and preserve the language Dr Ahmad Al Dhabib, former member of the Shura Council and Editor in Chief of Arab Magazine, said legislations and laws should be imposed to protect it.

Coming up with legislations is not enough, Arab countries should make sure that these laws are actually implemented said Amr Mohammad Al Zain, Secretary General of the Union of Arab lawyers.

Arab people have a huge role in protecting the Arabic language said Dr Abdullah Nasir, a Member of the Shura Council.

Mohammad Al Qatatsha, a member of the Jordanian House of Representatives also believes that the Arab people are the ones in charge of protecting their language.

Al Qatatsha said laws and legislations are not enough to protect the language. The Arab people should also have an effective role.

The article of course coincided with the annual Arabic language conference that takes place in Dubai each year for the last few years. Reading through the article one can see what speakers at the conference thought the current status of Arabic language is. The vast majority of speakers show anxiety, there is a call to refer to a 1944 unified terminology! 1944? We need one for today and it shouldn’t be imposed either people should ease into using good terminology otherwise it will feel too prescriptive. Nobody is against a unified terminology there are benefits to such a thing but it needs updating and it needs to reflect the world we live in today. It cannot be archaic in its words when describing modern ideas and objects (words such as internet, selfie, nerd etc….need quick short Arabic equivalents not transliterations or inconceivable words).  There is also a call to use Arabic language in tourism, not sure what that means because most tourists will not speak Arabic, why not in both Arabic and English? And how does a brochure in English affect the Arabic speaker or indeed the future of Arabic?

Practically though there is a call in the article to implement change and ensure better command of Arabic among native speakers through an improvement in curricula and in the quality of teaching through better teacher training and more creative resources. Many have always felt sorry for both the Arabic teacher and the Arabic student because many times the subject is neglected and whilst other schemes of work are updated and made more accessible (like maths & science) Arabic language syllabi have always been the same for decades in many Arabic speaking countries. However, that is changing because many people both those in education and publishing in the Arab world have agreed that there is an issue and it needs to be addressed, Arabic has been neglected for too long. So schools, publishers and writers have begun implementing many changes to the way Arabic language is presented and represented in both print and schooling.

There is also a reference to slang or colloquial affecting the Arabic language, I don’t know how factual that is because as I have said time and again nobody really speaks MSA as an everyday code or language. It has always been that way for thousands of years, so why does it pose a problem now? And importantly how?

The article ends with a call for Arabic speakers to take responsibility for their language. Speakers of course should ensure that they learn and use their language well, and that it is one of the only effective ways to preserve the Arabic language- it is common sense really. And any Arabic bilingual can tell you that it is not impossible even in a non-Arabic speaking majority society to learn and master Arabic well, so what’s difficult about it in a place where everybody speaks some form or other of Arabic? No law or implementation of a law will work, and we have seen the futility of such laws in workplaces and places of business because even among themselves Arabic speakers prefer to use English. I don’t know but I think a law will not work. There is a lot of anxiety and there are also many good practical solutions out there, it’s not easy but it’s not impossible to make Arabic the main language (alongside English) of its speakers now and in the future. Please share your thoughts as always.